A few months ago, one of my co-workers set off on a much-anticipated travel adventure. Like most trips out of Australia, there was a long flight involved (this one was to the US, so longer than most), and with that, jetlag. There are probably thousands of products that claim to help prevent or relieve jetlag, but one that's become quite popular is melatonin.

Melatonin is a hormone that has gained favour with travellers due to the key role it plays in circadian rhythms - melatonin production tends to increase during the evening, peak during the night before falling as morning comes. The theory goes that melatonin in tablet form will perform the same role as endogenous (natural) melatonin, helping you to sleep and therefore set your body clock to the new timezone more quickly.

A review of studies that tested the use of melatonin for jet lag supports the idea that it may be helpful if taken around bedtime once at the destination for a few days. The only catch is that unlike in the States, melatonin listed under Schedule 4 in Australia, meaning it's a prescription-only medicine. Which makes it seem a bit odd that you can find something like this on the shelves of your pharmacy or supermarket: 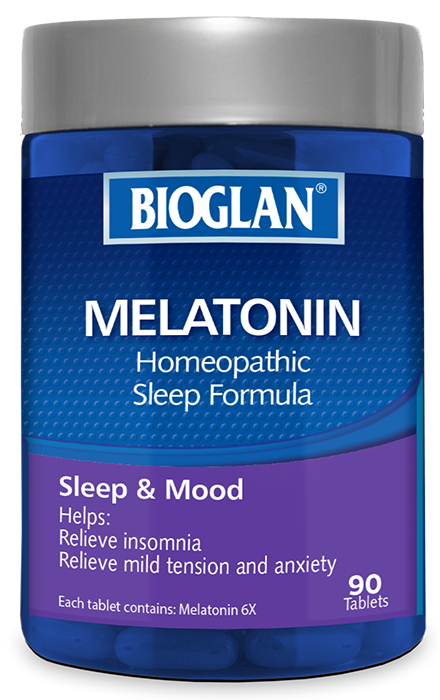 It turns out that at least one vitamin manufacturer produces homeopathic melatonin tablets that are allowed to be sold in Australia. Homeopathic remedies are a bit odd like this - although they don't contain a detectable amount of melatonin, you're still allowed to include the name on the label. In the case of this supplement, the homeopathic strength is listed as '6X', which means a dilution factor of one million. Assuming an original dose of 3 mg (which this pharmacy lists), this would mean that you'd need somewhere in the region of 166 000 tablets to get to even the lowest effective therapeutic dose (0.5 mg).

Maybe I'm just a cynic, but my immediate thought is that the availability of homeopathic melatonin is linked to the wider availability of information via the internet. Melatonin is mentioned in just about every article when you search along the lines of 'avoiding jetlag' because it's available over-the-counter in the US. Even a couple of articles from Australian sources fail to mention the prescription-only status of melatonin here, so it's not too far-fetched that people would go looking for it on pharmacy shelves. I wouldn't say it's deceptive as there's the fairly obvious 'Homeopathic' logo on the bottle, but it's interesting to wonder how many have been sold on the back of an internet research session.